The Expodireto Cotrijal 2002, which occurred from 19th to 22nd of March, beat all the records. During four days of fair, it was motioned more than R$ 80 million and it reunited 96.600 visitors. Only the financial institutions closed contracts which reached R$ 53.647.000,00. The Bank of Brazil informed that the amount of business, initially predicted for R$ 25 million, reached R$ 28 million. 600 proposals were received, which represents an overcoming of 115% in comparison to the previous edition. The largest number of requests was for the acquisition of planters, tractors, harvesters and sprayer machines.

Silos, animals and other implements were also financed, and the credit lines more used were Finame/Moderfrota and BB Agro. According to the state superintendent of the Bank of Brazil, Dercí Alcântara, it can be highlighted the high professionalism and the focus on the fair business. The Expodireto Cotrijal has a potential to quickly become the most important agricultural fair of the Mercosul. The number of exhibitors was also surprising, reaching 227 companies. And the area used was of 67,7 hectares. We consider the results as extraordinary, said the president Nei César Mânica. 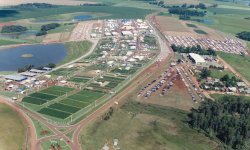 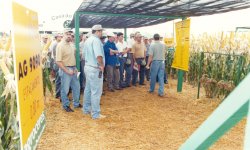 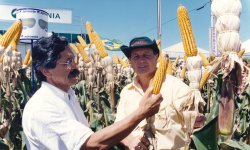