The expectation that the 15th edition of Expodireto Cotrijal would be one of the best and biggest already achieved by Cotrijal was confirmed. In 2014, the business done during the fair, including the registered offers in financial institutions and company banks, reached R$ 3,2 billion. The amount is 27% superior than in 2013, when the sales reached R$ 2,5 billion. The public also fulfilled the expectations. There were 235.200 visitors  5% more than in 2013.

The record in the numbers is an indication that the Brazilian agricultural sector is going in the direction of taking the lead in the worlds food production. The rural producers who visited the fair could see which are the scenarios in this sector  challenges and opportunities  and how to take advantage and move forward in the market.

Besides presenting innovations in agricultural machinery and equipment, the Expodireto Cotrijal one more time proved its capacity of reuniting in one single place what is best in researches, handling techniques, and information systems. During the five days of the event  from 10th to 14th of March -, representing the different sectors of agribusiness, the 505 exhibitors reunited on the 84 hectares of the park showed why Brazil is one of the few countries capable of supplying the demand for grains and products of animal origin.

One innovation in this edition was the negotiation among countries in the fair. An Uruguayan trading company closed a deal of R$ 154 million in Argentinian soybean with representatives of Iran. In this year, the fair brought dealers from 77 countries, eager to meet the Brazilian reality and close deals in the purchase and sale of agricultural products. The sale of agricultural machinery and equipment still was the most significant, but the storage and irrigation sectors also have gained importance. The business in the International Pavilion reached R$ 471.455 million, an amount 99% superior to the last year.

Presence of authorities  For the first time in its history, the Expodireto Cotrijal received the visit of a vice-president of the Republic. Michel Temer came to Não-Me-Toque, holding the Republic Presidency, since the president Dilma Roussef was traveling abroad. He participated in the opening ceremony and highlighted the work and effort of the rural producer of the Rio Grande do Sul. Here the amount of business is an extraordinary thing: one does not talk in millions, but in billions, said Temer.

The event was also appreciated by the ministers of Agriculture and Agrarian Development, by the governor of Rio Grande do Sul, by the president of the Chamber of Deputies, among other representatives of the Federal Senate, Chamber of Deputies, Legislative Assembly of RS and federal and state government. Also, among the foreign groups, there were ambassadors from more than ten countries.

Events  For the third consecutive year, the Expodireto Cotrijal hosted the public audience of the Agriculture and Land Reform Commission of the Senate. In 2014, the objective was to evaluate and debate the course of agriculture in Brazil, clarifying to the public the creation of the National Agency of Technical Assistance and Rural Extension (in Portuguese: Anater) and defending the philanthropy of Emater/RS-Ascar. Three days before the audience, after a long period of claims from Emater and the community of Rio Grande do Sul, the federal government issued the certification which guarantees the maintenance of the philanthropy until March of 2017, which one more time showed the importance of the fair as a stage for debates and defense of the interests of the rural producers.

Other highlights from the event were the 25th Soybean National Forum, the 6th National Corn Forum, the 10th State Forum of Dairy, the 7th Forest Forum of Rio Grande do Sul, the 5th Seminar of Family Agro-industry, and the Young Cooperative International Forum.

Space of the Rural Family  Developed in a partnership with Emater/RS-Ascar, it presents innovations and solutions to some of the main difficulties to the productive and social development of Rio Grande do Sul. They consist of projects, programs, and technologies related to the energy production, grain supply and to the food production and agro-industrialization for the supply of rural families and to the sale on commercial scale. In 2014, considering the importance of the defense of the philanthropy of the organization, the topic approached was The Emater/RS-Ascar is Social, in 10 parts: solar energy and energy produced by forest biomass, public policies, technical assistance, supplying, health, culture, leisure, technology, information, clean food production, fish processing, and agroindustry.

The Pavilion of Family Farming is one of the spaces which have gained importance, through the partnership with Emater/RS-Ascar, for providing value addition and rent to the properties of the families. In this year, the 144 exhibitors  agro-industries, handicraft and flower producers  reached a total of R$ 813 thousand during the five days of the event, an amount which was 25% superior to 2014.

Space of Nature  A partnership between Cotrijal and the National Service of Rural Learning of Rio Grande do Sul (in Portuguese: Senar/RS), brought to the fair a work of explanation about the new Forestry Code and the Rural Environmental Registration (in Portuguese: CAR). The schedule, developed in the Space of Nature, involved seminars, expositions, and theater, showing the importance of the adequacy to the new Forestry Code and reaching a public of different ages.

The House of the Rural Producer  The inauguration of a fixed structure to receive the members of Cotrijal and his families was one of the highlights in the Expodireto Cotrijal 2014. The House of Cotrijal Cooperative, also called House of the Rural Producer, has a space specially planned to receive the producers/members who look for information. Administration Advisors, Inspectors, and unity managers receive and attend the producers, who can find there also a pleasant place to rest for a few minutes during the visit to the fair. 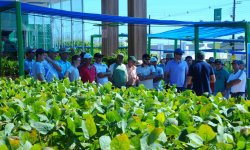 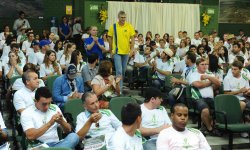 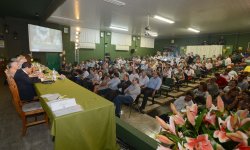 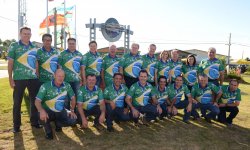 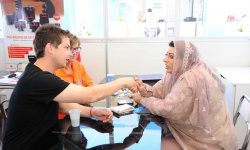 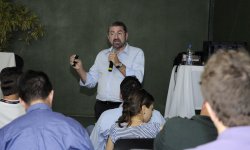 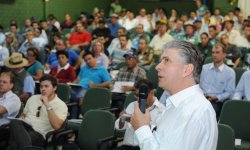 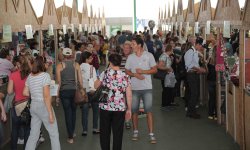 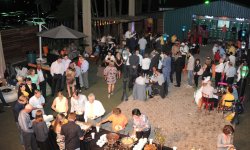 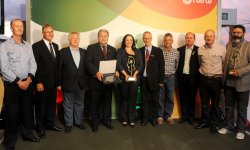 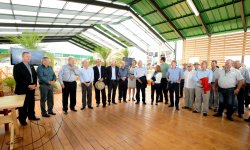 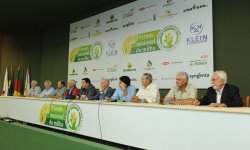