The Expodireto Cotrijal 2005, event occurred from 7th to 11th of March, had a total amount of business of R$ 105 million and public of 117.200 people. Absolutely in line with the expectations, evaluated the president of Cotrijal and of the fair, Nei César Mânica, declaring that the most important was the universe of information, technologies and business opportunities presented during the five days of the event.

The Expodireto Cotrijal 2005 was a stage for discussions and claims, performing its role in the organization of the rural producers and in the alignment of proposals, in the Rio Grande do Sul, for the solutions which the sector waits for and needs. It served also to qualify the aspects of management of properties; to incorporate new technologies, and to encourage the rural producers and the people in general.

Important dialogues and claims rose in the event, in the most part, counting with the presence of important federal and state authorities, as the governor Germano Rigotto and the minister of Agriculture and Supply, Roberto Rodrigues, as well as other people which participation enhanced the fair, such as the journalists Joelmir Beting and Ana Amélia Lemos.

Among the highlights of the fair of 2005, Nei César Mânica points to the good quality of the seminars which occurred during the event, the dynamic of new machinery and equipment; aggregated events, such as the award of the highlights Correio do Povo/Sicredi, happening this year because of Expodireto; the presence of international delegations, to which can be added the presence of presidents of international companies, who had not yet visited Não-Me-Toque, and which has enhanced the event even more. They were days of intense activities, which confirmed the Expodireto Cotrijal as one of the largest fairs in the country, said Mânica.

Other indicators can point to the success of the fair. The area of 78 hectares was expanded to 84 hectares; the number of exhibitors passed from 264 to 278; and the number of collaborators who worked in the event, which was of 762 in 2004, reached 798 this year. Considering the food court and the park restaurant, were served 32.445 lunches during the fair, 133.100 soda cans and 63.100 liters of mineral water. A total of 743 buses and 25.810 cars conducted the visitors who came from different regions of the state, from other states and even from other countries.

The delight indicator  which indicates the satisfaction of the visitors  reached 92,29%, almost the same as 2004. Items as cleaning and the park maintenance, Space of the Rural Family and Environment, the restrooms hygiene, the food and the dynamic of machinery, received a score near 100%. According to sources from a research realized by the University of Passo Fundo (UPF), the public general satisfaction reached 92,25% and the satisfaction of the exhibitors 93,80%. 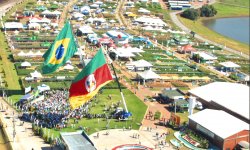 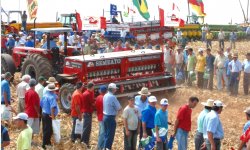 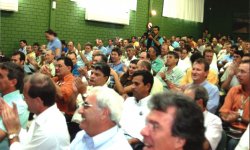 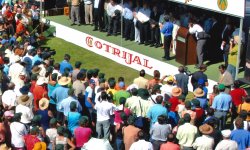